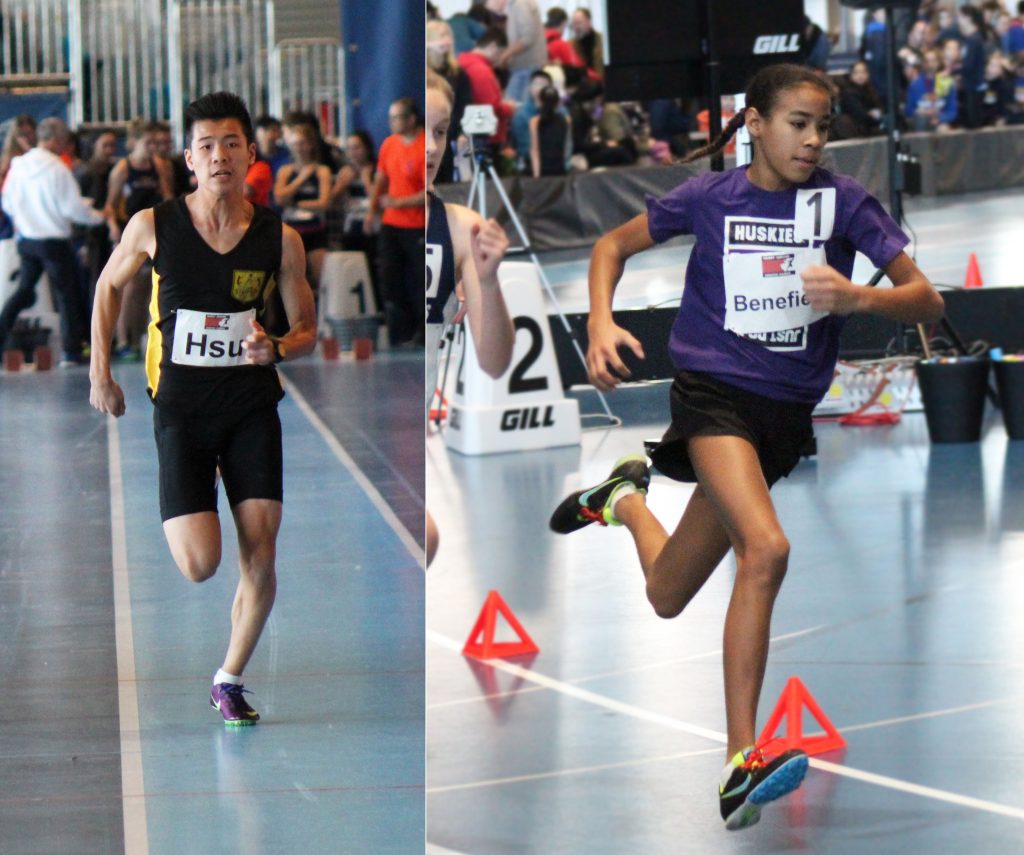 2019 season kicked off with Harry Jerome’s Indoor Track meet held at the Richmond Olympic Oval this past weekend. We had both Addy Benefield and Brandon Hsu out representing Burnaby Striders amongst 400+ other athletes – with terrific showings from both.

Addy Benefield competed in the 600m Women’s (13 year old) Event and received GOLD in her track debut with a time of 1:45.28. This was less than a second off breaking the Harry Jerome indoor record of 1:44.46! What a performance!

Brandon clocked in his 60m U16 dash at 7.59s, and he came less than two-tenths of a second from also breaking the indoor meet record! Very strong showing, earning him GOLD in the 60m and a close SILVER in the 300m.

Well done to both and looking to seeing more successes from our Striders’ athletes in the coming few months!

Welcome to the Burnaby Striders! Home to Burnaby's track and field stars 9 years and up. Join the club to achieve your greatness!